Welcome in the Museum of Egmond in 2022

Experience and learn about the history of the three Egmond villages, such as about the former castle, the abbey and the church that sank into the sea, the fishermen and sea rescuers, and life so close to the sea.

The museum, a former church, has a special atmosphere with the old wooden lifeboat. The fisherman’s room shows how people lived in the small houses back in 1900. 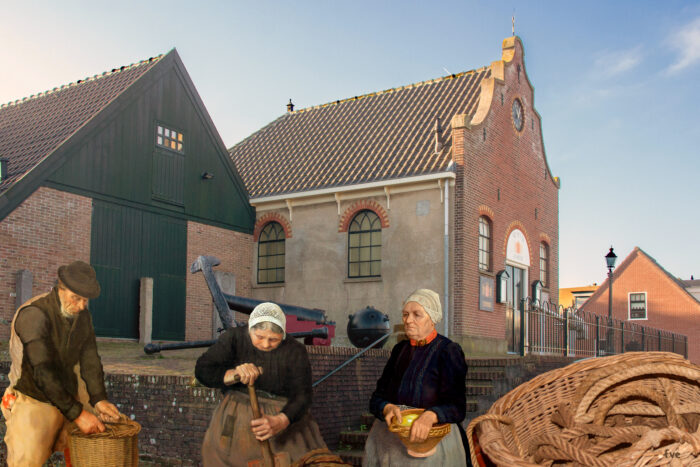 "The Fisherwives are home again". After a crowdfunding this wonderful painting with Antje de Groot and Jannetje Krab, that was in the USA for a long time, is back where it belongs in Egmond aan Zee. See 14 wonderful paintings of Roeland Koning who painted the old fishermen from Egmond and their wives. 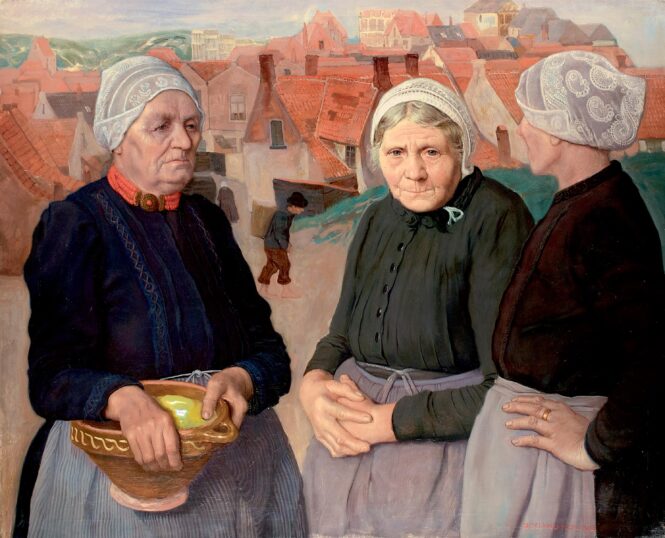 The museum is especially proud of its paintings and lead-glass windows.

Around 1900 many foreign painters came to Egmond, attracted by the Art Summer school from the famous American painters George Hitchcock and Gari Melchers. This painting is from the German painter Heinrich Heimes. 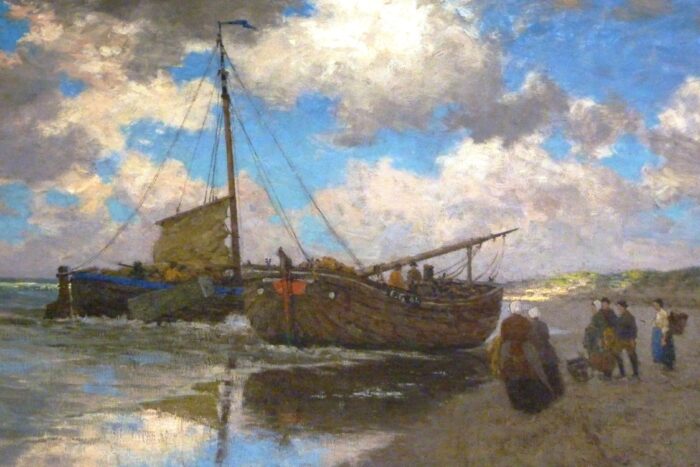 Egmond in the 2nd World War 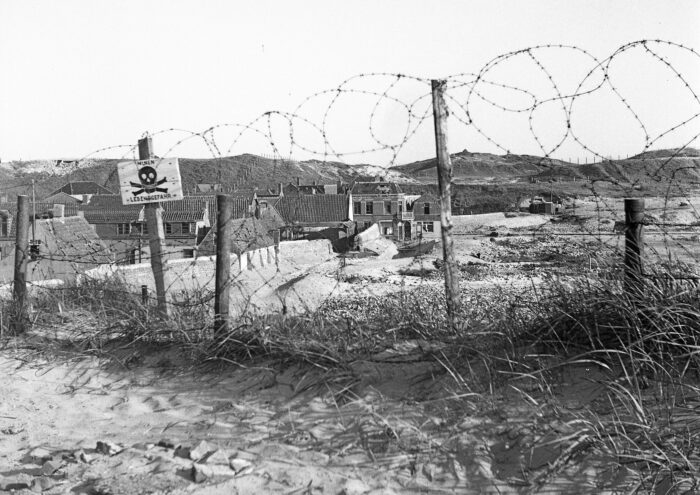 The story of Egmond begins ± 690 AD when Saint Adelbert, a monk from Ireland preaches Christianity. He dies ± 740 AD. 200 Years later his corpse is brought to the newly built Monastery in Egmond-Binnen. On his former grave a source springs that still  attracts pilgrims. The powerful medieval abbey was destroyed in 1573 and only rebuilt in 1933. Don’t forget to pay a visit to the archaeological museum of the abbey!

In 977 AD, the monks founded a settlement from which later the fishing village arose. Between the 16th and 17th century the Western part was gradually swept away by the sea. Also the Agnes Church suffered this fate.

In 1200 the powerful rules and counts of Egmond built a castle here. In 1500 it was the most magnificent and largest castle of Holland. It was destroyed in 1573 at the beginning of the 80-year war against Spain. Yet, the foundations are still preserved. The museum has a model of the original castle, made of 25,000 small bricks. In addition, it displays objects that were found in the moat and illustrative images.